Caterina Edwards and Jean Crozier: two writers who sought the uniqueness of their own families, and found intense satisfaction in successfully writing their families’ stories. Both Caterina’s Finding Rosa and Jean’s No Corner Boys Here won grateful readers, critical praise, and literary awards.

We bring other noteworthy experiences to our writing workshops. Caterina’s books and essays have received international recognition. She has taught creative writing at numerous universities and colleges, and her work has been the focus of academic study. Jean has been a successful entrepreneur, researcher, and information manager, as well as being an experienced presenter.

Together, these instructors have created a series of dynamic, individually responsive workshops.

Jean Crozier embarked on her family memoir project with a seemingly simple goal: that of writing about the family who had sustained and supported her through some difficult challenges. The Thurstons provided a summer-time haven for Jean and her siblings after their father died, and years later, they gave her children the same gift of summer in the country. The families loaded Jean’s vehicle with farm-fresh vegetables following her early marriage and subsequent divorce, and were there in the background as she struggled to establish a business and finish her undergraduate studies. Collectively, the family breathed a sigh of joy and relief when Jean found a new partner, and they closed around her when he died, just as they had done for each grandchild, sibling, niece and nephew in times of need.

In spite of the difficulties, creating No Corner Boys Here was an exceptionally satisfying project. Jean’s research uncovered the enormity of economic and political issues, as well as cultural and geographic realities, with which her family had to contend. That awareness brought compassion, forgiveness for individual foibles, sympathy with familial frictions, and continued gratitude for the family’s unquestioning support.

No Corner Boys Here (www.NoCornerBoysHere.com) was Jean’s first book, self-published before self-publishing became commonplace. In May of 2008, No Corner Boys Here received a coveted IPPY (Independent Publishers’) Book Award in Los Angeles, CA. Spread out below the 53rd floor of the Wells Fargo Building where the awards ceremony was held, purple jacaranda trees thrust their unforgettable beauty over the city’s stone and concrete landscape.

Jean’s previous experience as owner of a leading library and information management consulting company provided ample opportunity for research and writing. She and her staff investigated information technologies, environmental and engineering issues, Traditional Knowledge and human history. They marketed software and designed databases, consulted on both special library and records management operations, and presented their findings in written form as well as at workshops and conferences.

Jean has been recognized locally and internationally for her entrepreneurship. Her recent essays have appeared in anthologies and her work on another manuscript continues.

Together with Caterina Edwards, Jean develops and presents workshops for others who seek the ultimate satisfaction of writing their own family’s memoirs, and in specific aspects of narrative creation. The Finding the Unique writing workshops allow Jean and Caterina the joy of sharing their experience and their knowledge with others who seek writing excellence. 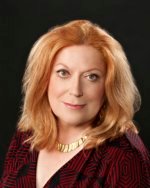 Caterina Edwards grew convinced of the importance of recording and writing family stories while working on her mother’s story for Finding Rosa: A Mother with Alzheimer’s, A Daughter in Search of the Past. The book received stellar reviews, and became the subject of several graduate theses and academic articles. It also won the Wilfred E. Eggleston Award for Nonfiction, the Bressani Prize and was shortlisted for the City of Edmonton Book Prize. The positive reaction of readers, including her extended family, encouraged Caterina to develop, with Jean Crozier, the Finding the Unique writing workshops.

As well as teaching creative writing for many years at nearly every post-secondary institution in Edmonton, Caterina wrote the Advanced Fiction Writing Course for Athabasca University, and she served as writer-in-residence at both the University of Alberta and Grant MacEwan University.

Caterina’s latest book is a literary noir, The Sicilian Wife, and is a bestseller. Her previous publications include a novel, The Lion’s Mouth; a book of novellas, Whiter Shade of Pale/Becoming Emma, a play, Homeground;, and a collection of short stories, The Island of the Nightingales, which won the Writers Guild of Alberta Award for Short Fiction. She has also won a number of awards for her personal essays, including Light and Space in the Piazza, which won the 2014 Edna Staebler Award for Personal Essay. Her radio drama, The Great Antonio, was chosen to represent Canada in an international competition.

Caterina had begun dealing with the difficulties of writing from one’s personal experience when she co-edited with Kay Stewart two books of life writing by women: Eating Apples: Knowing Women’s Lives and Wrestling With the Angel.

Caterina has been in the same house for 36 years and with the same husband even longer. And she is still obsessed with multiple selves and cultures, with private memory and public history, with here and there. More about Caterina at her website: www.caterinaedwards.com